I left off yesterday with the concept of soldiers as peacekeepers. It was a Canadian idea, proposed by our foreign minister at the time of the Suez Crisis. Lester Pearson would later be prime minister, and would win the Nobel Peace Prize for his concept. 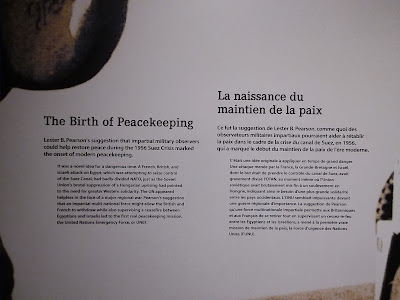 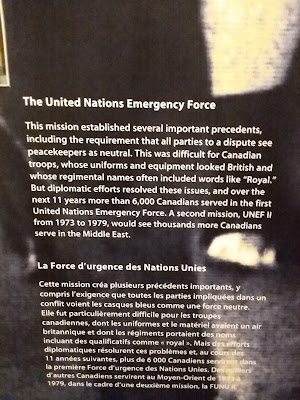 This is a replica of his Nobel. The original is kept at the headquarters of the foreign ministry on Sussex Drive. 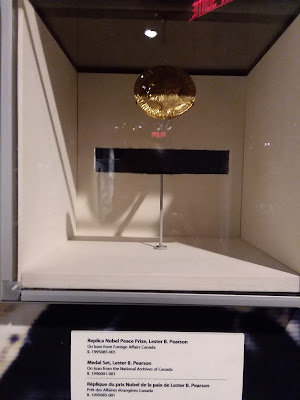 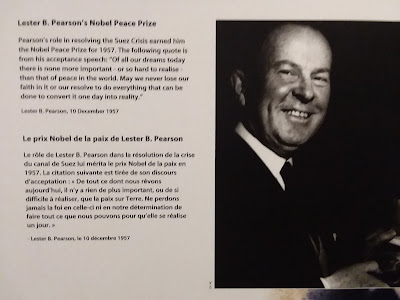 Canadians have served in numerous peacekeeping missions, and it has had its own hazards, with deaths not unheard of in such missions over the decades. 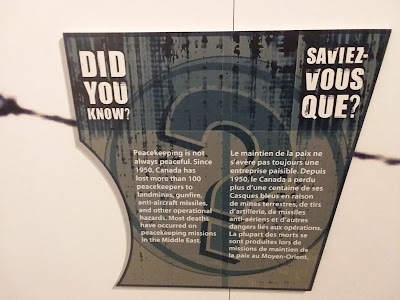 Hercules Aircraft At Ismalia, Egypt 1974 is the title of this painting by Colin Williams, depicting a Canadian transport plane with UN markings delivering supplies to a peacekeeping force. 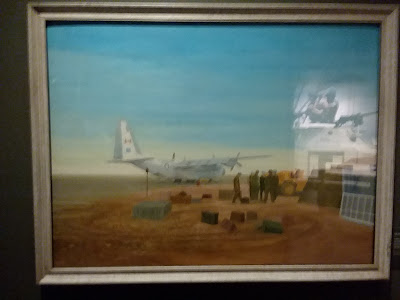 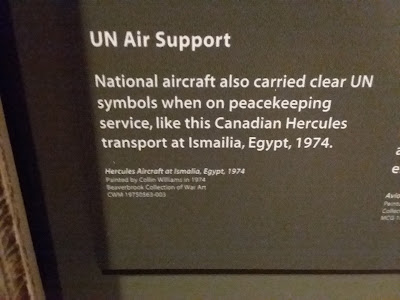 Mail Delivery- Sinai was painted by Donald Connolly in 1986. 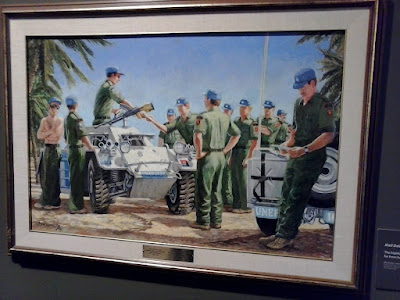 A multitude of photographs from Canadian missions is gathered on this wall. 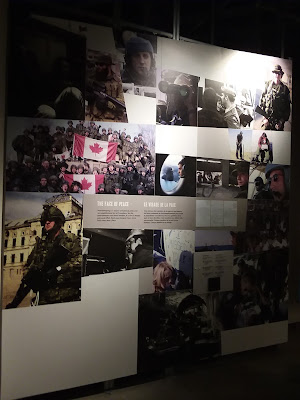 A long lasting UN peacekeeping mission is in Cyprus- begun in 1964 and still active at present- keeping order between the Greek and Turkish populations of the island nation. Canadians have spent time in Cyprus on duty, and at times the mission has been dangerous duty. 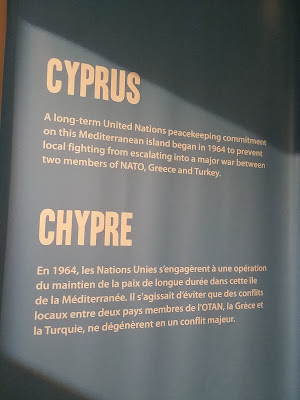 A reproduction of a Cypriot cafe is here, with photographs, panels, and artifacts surrounding it. We'll carry on here tomorrow. 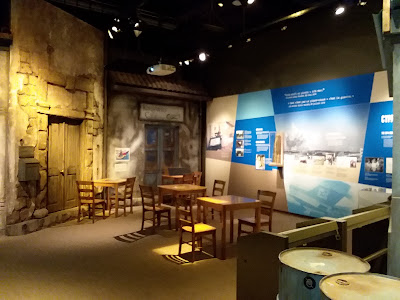 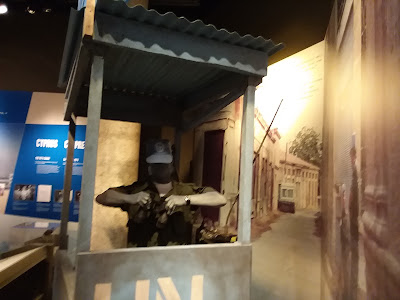