Tensions in Rwanda had persisted for years, resulting in the establishment of a peacekeeping mission in 1993. Lieutenant-General Romeo Dallaire commanded the mission for nearly a year, and during this time the civil war exploded into genocidal bloodshed. Dallaire and those under his command did what they could, but could only bear witness as the world didn't really understand what was happening until it was too late.

Weapons used in the genocide speak for themselves. 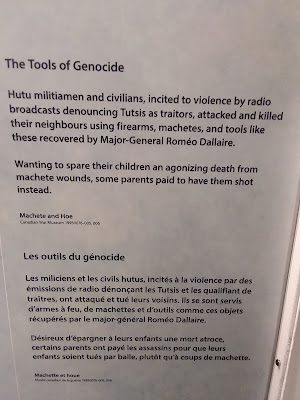 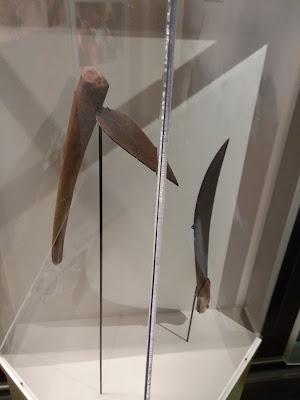 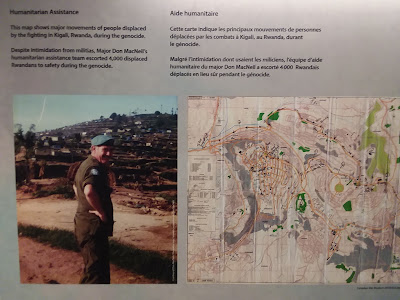 Dallaire would be emotionally shattered by the experience. He writes of the Rwandan civil war in his harrowing book Shake Hands With The Devil, and it has stayed with him ever since. 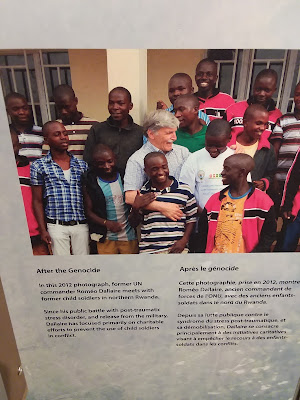 Other civil wars: Yugoslavia. While the breakup of the former Warsaw Pact and the shift of those countries to a more stable system of government generally went well, such was not the case in the former Yugoslavia. A conglomerate of ethnic groups who hated each other and only kept in line by communist oppression, the country fell apart in the aftermath of the Cold War, and war broke out. Canadian forces would take part in the efforts to stop the bloodshed as the country broke down. Ethnic cleansing- a seemingly sterile term for genocide- became a used phrase. 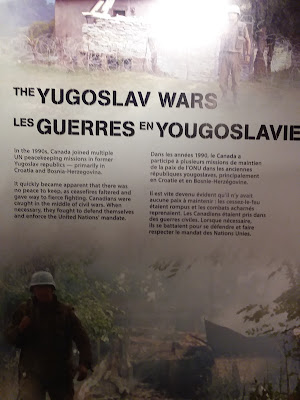 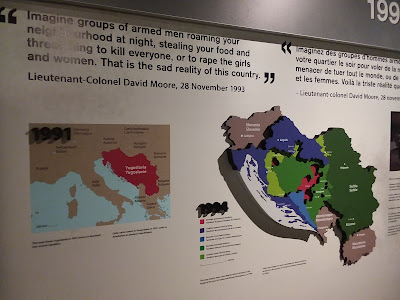 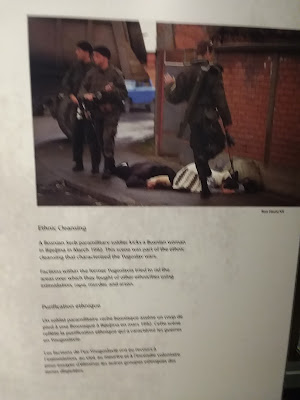 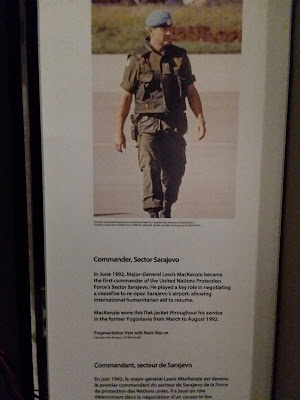 This is his flak jacket. 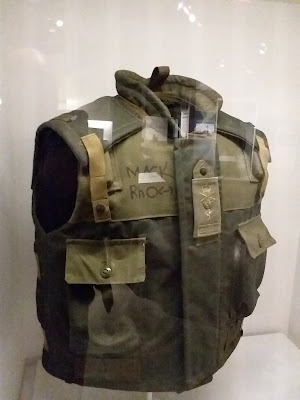 The Yugoslav civil wars were a bloody mess, a nightmare that could only be resolved by force from the outside. Peacekeepers would find there was no peace to be kept. 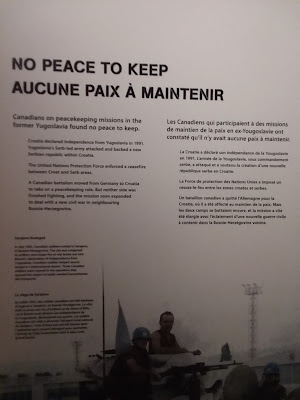 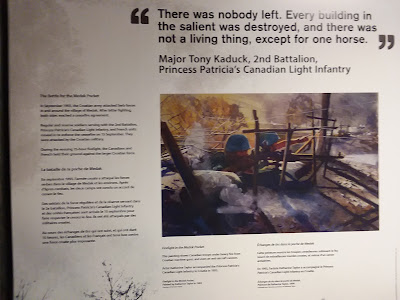 Landmines were a huge threat to anyone in the shattered Yugoslavia, soldier or civilian, and in fact still are beneath the former battlefields, an ugly aftertaste of war that kills long after the conflict is over. 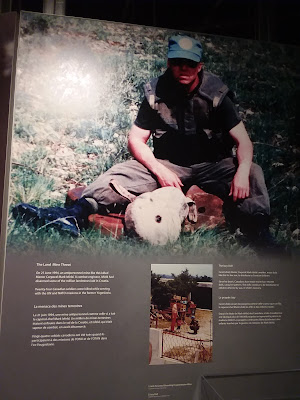 Below, a landmine at left. At right, an Izzy doll. These knit dolls are made for children in war torn countries. They are drawn from the experiences of Master Corporal Mark Isfeld, whose mother had made them. Isfeld was a Canadian soldier, an engineer on landmine removal work in Croatia when he was killed doing so in 1994. He is seen in the above photograph. 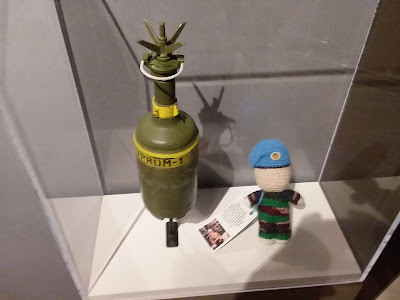 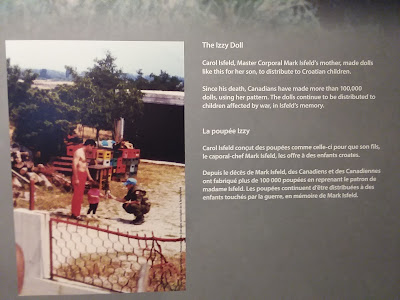