The Hundred Days: A Path To Victory

Battlefield medical supplies are seen here going back to the time of the First World War. 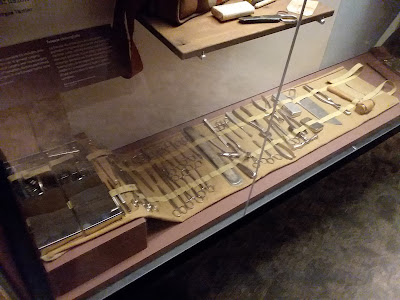 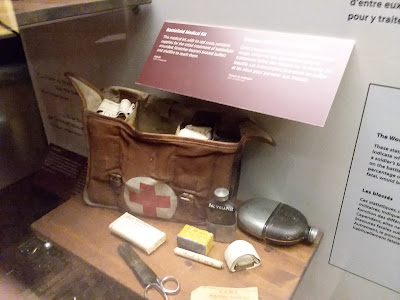 After four years of generals sending masses of men against opposing positions and modern technology and getting them slaughtered, finally in the last months of the war things changed. The Hundred Days marks the concluding battles of the war, with Allied forces adapting to use combined arms fighting to turn the tide and win the war. Simply put: coordinate all of your military assets on the field and work together- infantry, tanks, artillery, and air. This is what won the war. If only it had been learned earlier. 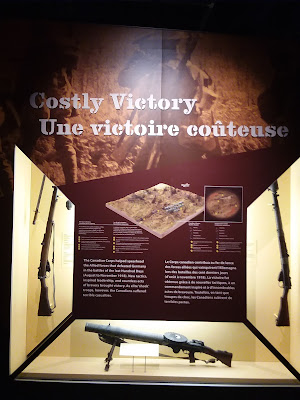 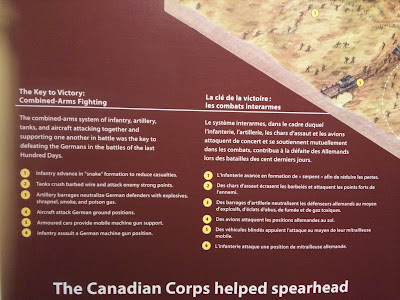 The senior Canadian general, Arthur Currie, would likely have ascended to command to all British empire forces had the war gone on. As it was, he was one of the best generals in Canadian history, a methodical commander whose efforts helped in bringing his men victories. 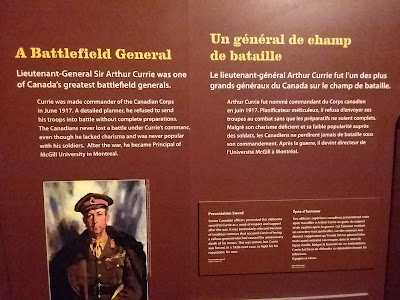 This ceremonial sword was presented to him by senior officers after the war out of respect to him. 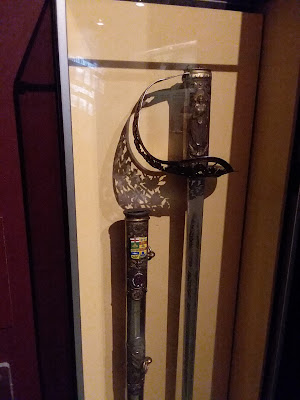 Thomas Ricketts won the Victoria Cross for extraordinary bravery in battle late in the war. 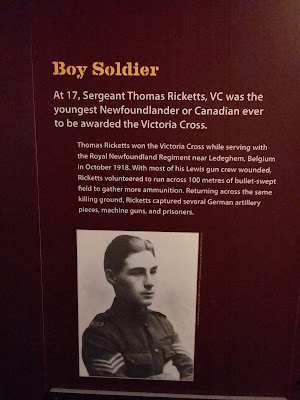 Lieutenant Samuel Honey won it too for his own courage in battle, though he would not live to see the end of the war. 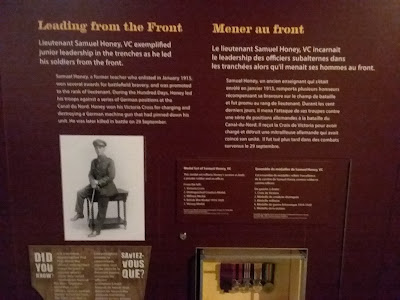 A uniform jacket and cap, along with regimental colours, is displayed here. 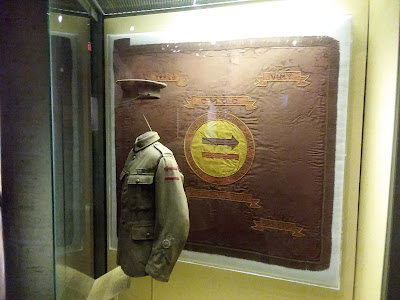 This unusual painting always catches my eye. The living march with their ghostly comrades in this painting titled The Conquerors. 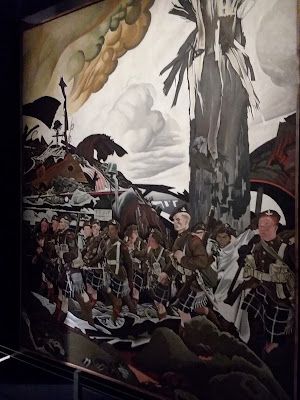 Another painting, one of the most dramatic in the Museum's collection, depicting a moment during the Hundred Days. Over the Top, Neuville-Vitasse shows men of the 22nd Battalion at a village at the front in late August 1918 pushing the attack against the Germans. Georges Vanier, who decades later would be the governor-general of the country, said that he was the officer seen in the painting holding his pistol. 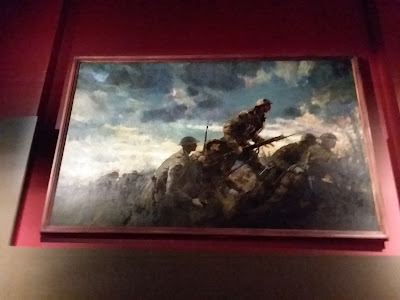 This is the ceremonial headdress of Corporal Francis Pegahmagabow, a sniper who is the most highly decorated Indigenous soldier in Canadian history. After the war he would be a chief of the Ojibwa. 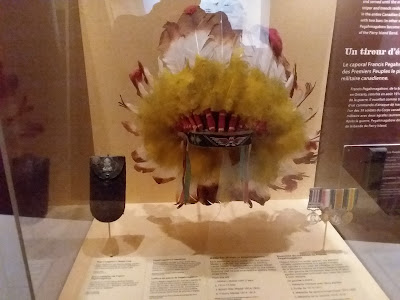 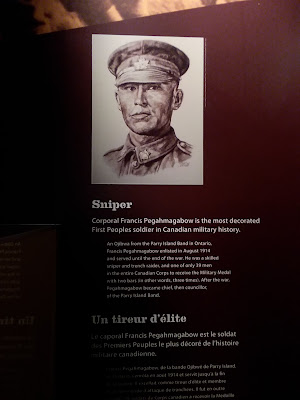