Forceful III is a veteran of D-Day, Normandy, and the remainder of the war that occupies pride of place in this section. This magnificent Sherman tank bears scars of battle, but survived the war. Sherman tanks weren't as powerful as German tanks, but there were more of them, and they had air support. That made the difference. 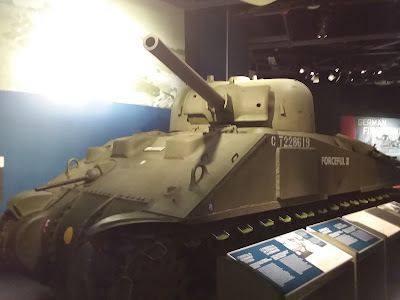 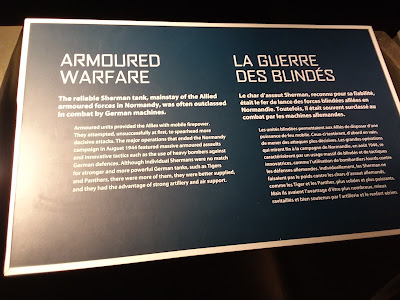 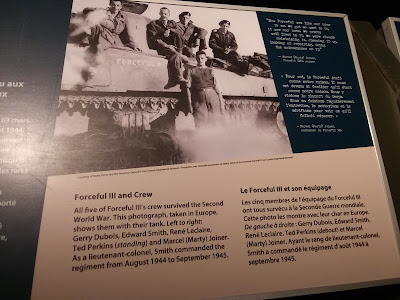 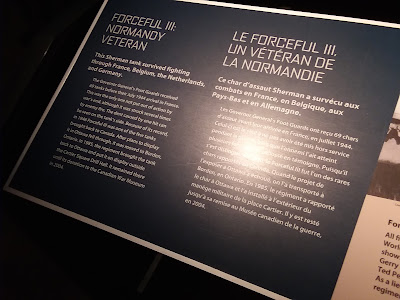 Overhead a photograph of tanks and their crews at rest. 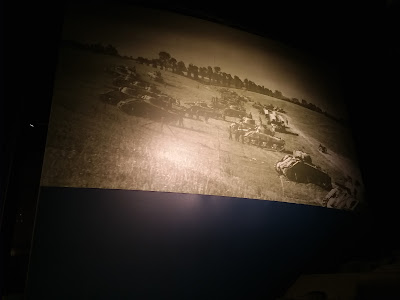 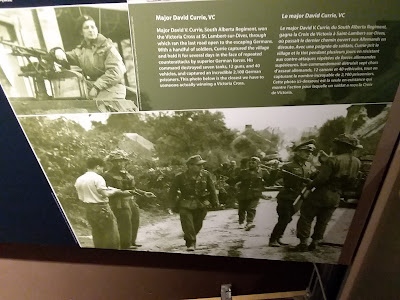 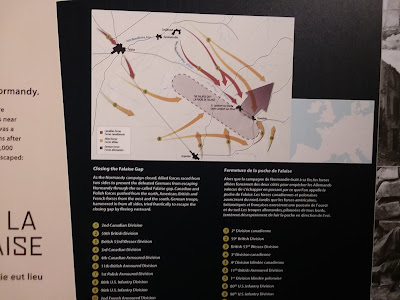 Normandy would end in victory, with high casualties on both sides, but the war wouldn't be over yet. 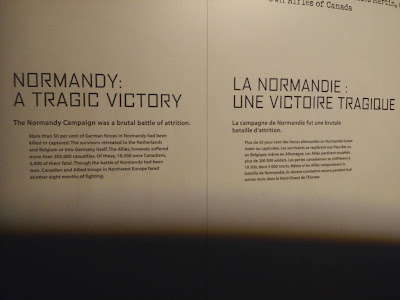 The Scheldt would be the next campaign for Canadians, through the mires of the Scheldt Estuary in Belgium and the Netherlands. This painting is Scheldt Crossing by Orville Fisher. 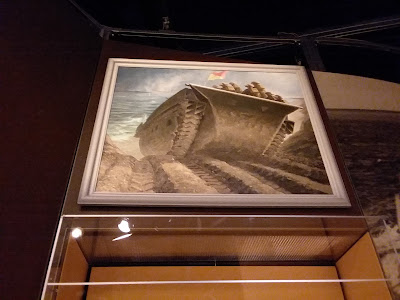 A horrifying weapon of war: the Wasp flamethrower, a compact Allied vehicle that sent flames into enemy lines. 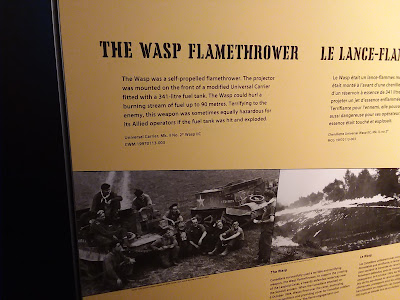 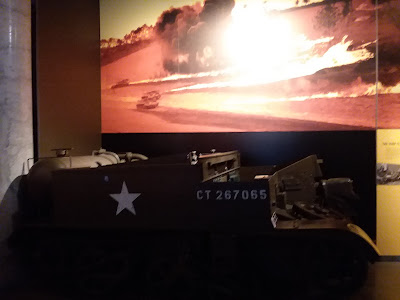 The beginning of the end: Allied forces kept pushing German forces back throughout the front, while the Soviets were doing the same from the east, and that included into Germany itself. Some Canadian forces were involved in the push into Germany, while others would drive into the Netherlands. 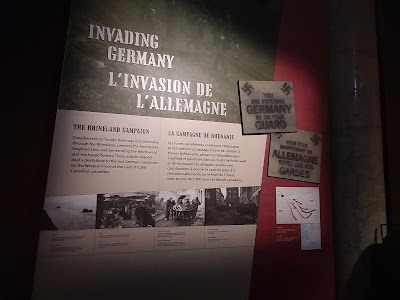