The War That Was Left Unfinished

A video display panel shows images of the Afghan War, including a tank, seen here. 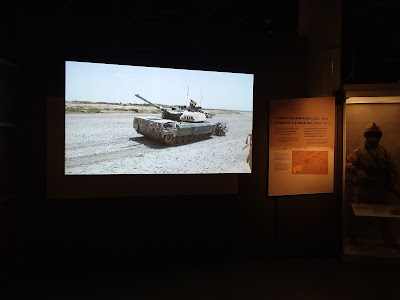 More vivid: this artifact. An IED was detonated beneath a G-Wagen in December 2005. It destroyed the front, but the driver and passengers were saved because of the vehicle's armour. The large sign in the background hung above a Canadian camp at Kandahar. 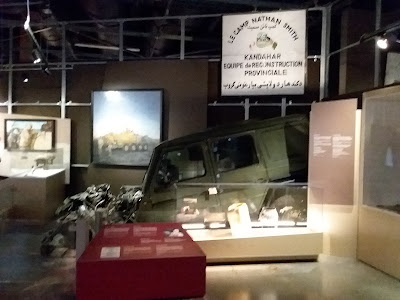 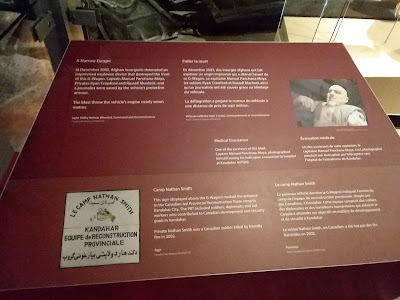 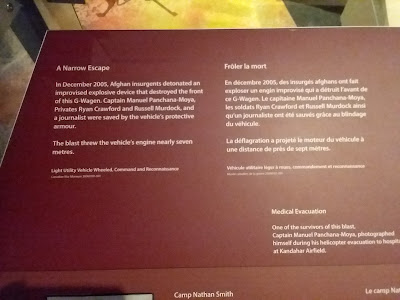 Here we have an example of the standard desert fatigue uniform of the Canadian military in Afghanistan. 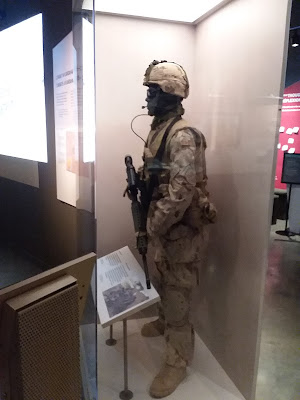 I've always found this picture poignant: the interaction of a soldier and an Afghan child. 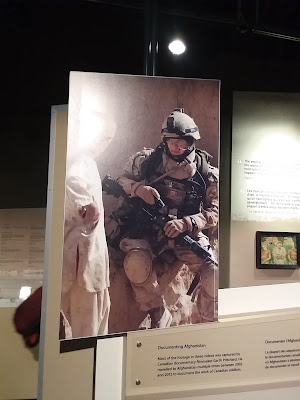 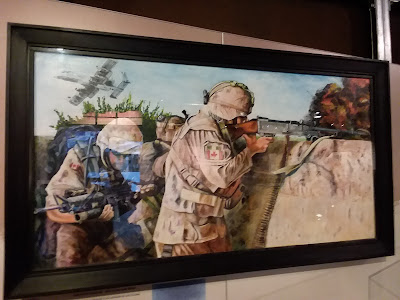 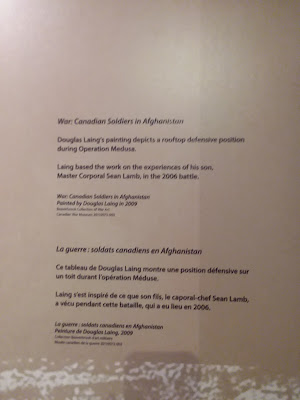 A photograph of a Chinook helicopter is seen here with its crew. 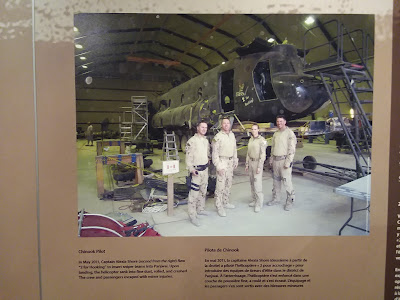 A portion of its fuselage is preserved as an artifact with the distinctive art. A hockey reference, with a double meaning, as the Chinook can ferry equipment with two hooks on its belly. 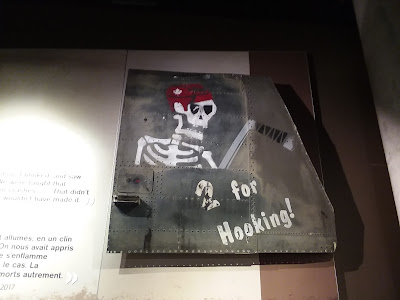 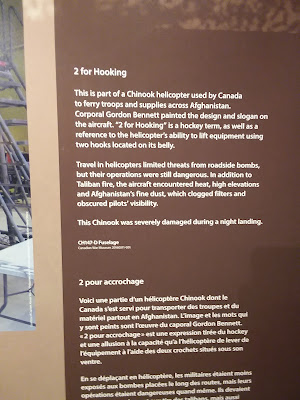 The Museum's permanent galleries wind down with this display panel. Afghanistan was left unfinished, and the events of the last year have been discouraging: the very same pack of lunatics with a 6th century world view and a skewed interpretation of their own religion who were in power in 2001 have returned to power after the collapse of the country. What was it all for, if not to get rid of them? 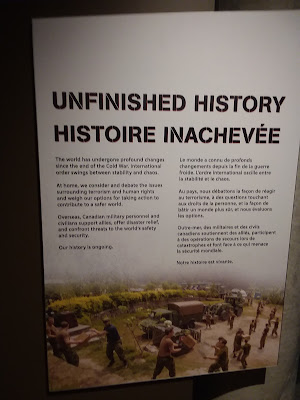