The mission to the former Yugoslavia would eventually become a NATO mission to stop the atrocities. Canadian forces remained involved throughout. 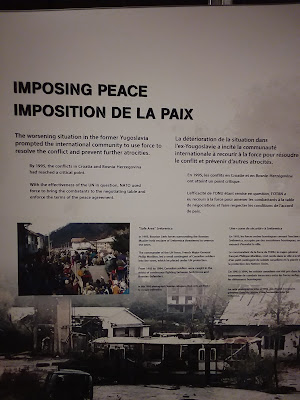 A patrol vehicle that bears the scars of war. Two Canadian soldiers were fired upon by Serbian troops in this vehicle while on patrol on New Year's Eve, 1994. 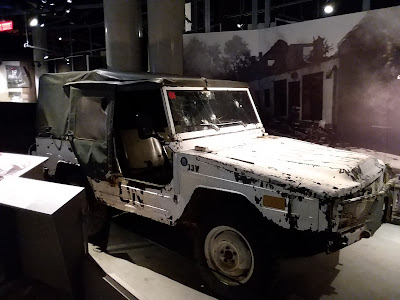 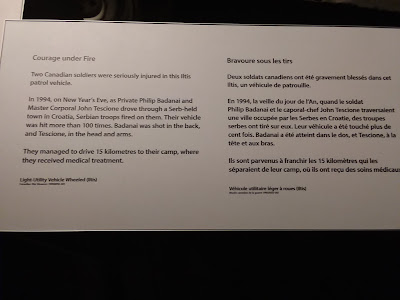 New Year's Eve 1994 is by Katherine Taylor, recreating the attack. 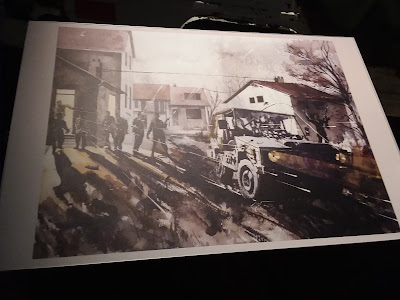 In 1999, Canadians were part of a NATO air campaign against Serbian operations in Kosovo. 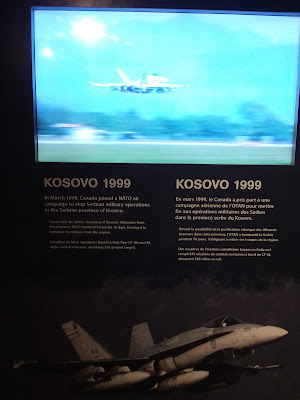 A day that changed the world. This is a fragment of one of the two planes that hit the World Trade Centre towers on September 11th, 2001. 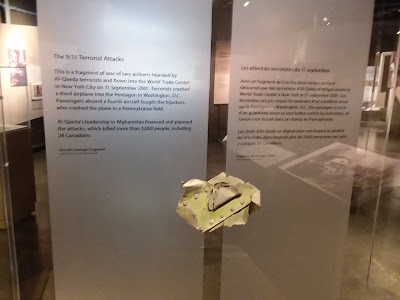 The Afghan War would rise up out of the aftermath of the terrorist attacks. Canadians would be committed to the war with combat operations finally ending in 2014. It remains our longest war. 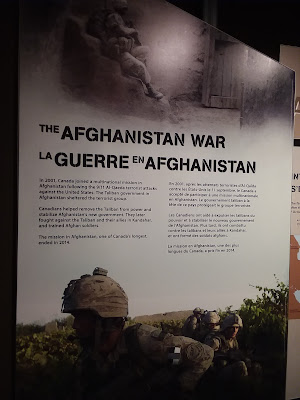 Part of military efforts in that part of the world carries on today in the form of naval patrols in the seas. This painting is titled Going Aboard, by Bradford Douglas, depicting a Canadian boarding party as part of efforts against terrorist activities. 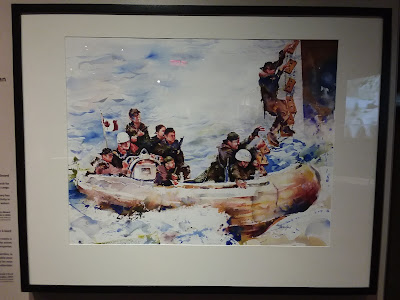 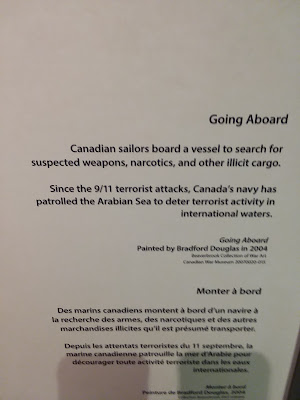 Canadian corporal Rob Furlong killed an Al-Qaeda fighter from 2 430 metres away, a record breaking shot, while assigned with Americans in 2002. 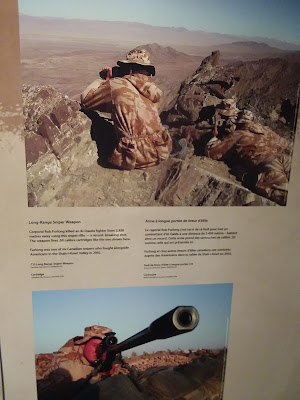 This is the rifle he used. 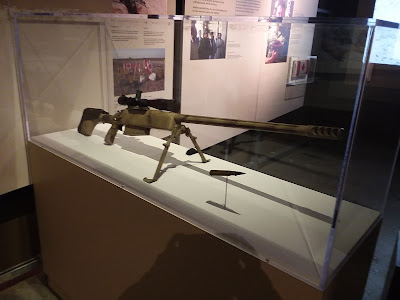